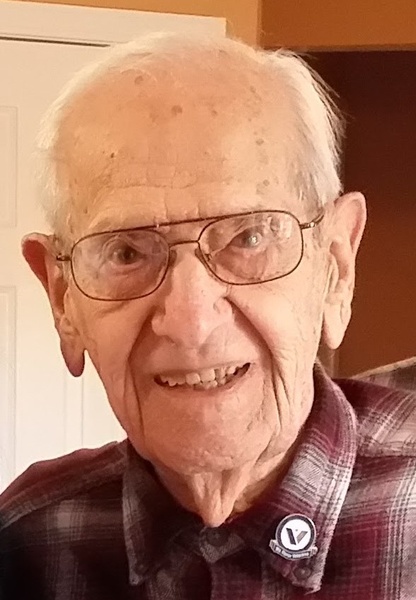 Walter James Westermann Sr. "Walt", age 107, passed away peacefully on February 19, 2022 at his home at Wesleyan Village in Elyria. Walt was a US Army Air Corps veteran serving during World War II. He retired as a branch manager for National City Bank. Walt was a life member and former Lt. Governor for the Kiwanis, as well as a former moderator of Barton Road Congregational Church. He stayed active throughout his life, especially in golf and shuffleboard. He also competed for over 20 years in the Senior Olympics, acquiring 117 medals.

Walt was preceded in death by his wife Janet (nee O'Bryan) and his two brothers Theodore and Edward. He is survived by his son Walter James Jr. (Lynn); his grandson, Brad R. (Amanda); his great granddaughter Katherine and great grandchildren Hope, Landon, and Karter.

A memorial service will be held 11 am, Friday, March 4, 2022, at Wesleyan Village, Cascade Hall, 807 West Ave, Elyria. There will also be visitation an hour prior to the service. Mask are required. Inurnment to follow at Ohio Western Reserve National Cemetery, Rittman OH. www.buschcares.com (440) 322-3717

To order memorial trees or send flowers to the family in memory of Walter James Westermann, please visit our flower store.
Send a Sympathy Card