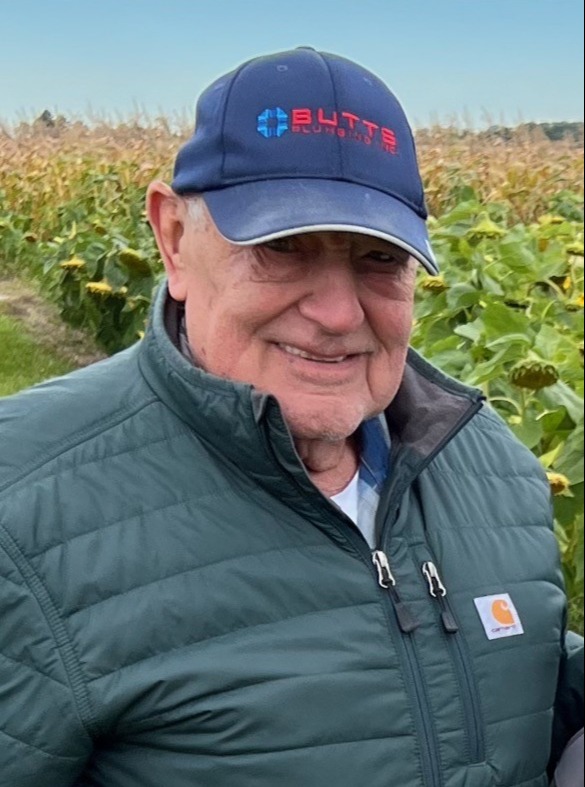 Thomas L. Butts, 81, of Avon Lake passed away peacefully at his home on Friday, December 2, 2022. Tom was born April 28, 1941 in Lakewood and moved to Avon Lake as a child. He was a 1959 graduate of Avon Lake High School where he served as Vice President of his senior class and was a standout football player. In 1962 he established Butts Plumbing in Avon Lake. His career then branched out into construction, land development and farming with Butts Farms. Tom donated a lot of his time and resources to the betterment of the Avon Lake community and to youth sports. He was a board member of Elyria Savings and Trust, was involved with the Homebuilders Association, Avon Lake Kiwanis Club, and the Avon Lake Business Association. He also coached his sons in little league baseball and established the Avon Lake Jr. Football League in the 1970's. Tom was also a member of the N.R.A. and the Rocky Mountain Elk Foundation. He loved to bake cookies and pies and was known for his clam chowder. He also enjoyed skiing, Texas Holdem, hunting with his sons, and fishing with his grandchildren and great grandchildren as well as attending their sporting events, including baseball, softball and football.

A memorial service will be held at the Avon Lake United Church of Christ, 32801 Electric Blvd. Avon Lake on Wednesday December 7 at 5:00pm. Rev. Kelly Brill will officiate. A reception for friends and family will be held immediately following the service at Legacy Restaurant and Grill, 750 Jaycox Rd, Avon Lake. A private urn burial will take place at Elmhurst Park Cemetery in Avon at a later date. In lieu of flowers memorials may be forwarded to Community Resource Services, 33479 Lake Rd C, Avon Lake, OH 44012 or to God Cares Ministry, P.O. Box 355 Avon Lake, OH 44012, (440) 930-2173.

To order memorial trees or send flowers to the family in memory of Thomas Butts, please visit our flower store.