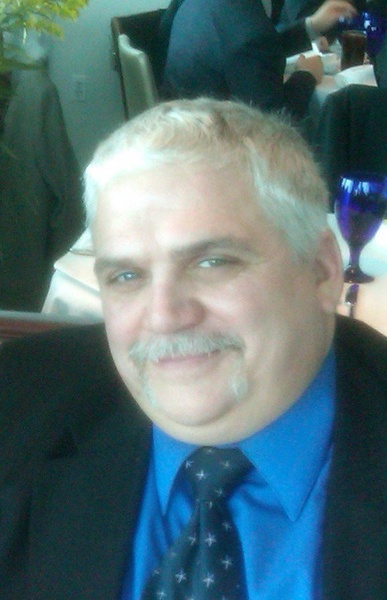 Ronald Finnerty, 64, of Berea passed away on August 5, 2022 after battling a number of chronic illnesses unrelated to COVID-19. Ronald was born Cleveland, OH on December 27, 1957 and was the loving husband of Karen Gurney; Trusted son of the late Patrick and the late Anne (nee Silvestro); Caring brother of Kenneth (Cheri), Larraine Lozinak (Dennis) and the late Dennis (Barb); Favorite brother-in-law, uncle and cousin to many. Ron was a completely noncompliant unconventional exasperating geek, using his intellect to collect a Bachelors and Masters Degree from Kent State. He leveraged his MENSA IQ to make peace with the complexities of life in the binary world of zeros and ones. As an early adopter of technology with money in his pocket, Ron's brother Kenny would quip - "so are you going to buy the new Cray computer this weekend?" This would be met with a sly "who me" smile and subsequent trip to the Microcenter where he was on a first name basis with the sales staff. Ron was an entertainer whom his wife dubbed "grocery store Ron." He loved making an unsuspecting audience laugh with his renowned "dad-humor," dramatic pauses, and eye-rolling punchlines. He loved demonstrating the "bee dance" letting us all know how to find the best nectar with butt shakes to the left and right. Ron was generous and often rented his brain and handiness out for free. Befriending many internationals, he was dubbed "Ronstar" for his ability to give accurate GPS-like turn-by-turn directions to any area of Northeast Ohio. He became a data mentor to his wife and Ph.D. friends in their quest to complete their doctoral programs. He was the only person that Karen ever met that understood the whole point of statistical equations at first glance. Ron was a recovering alcoholic that struggled with the concept of God. He passed with 27 years of sobriety and was active for many years leading Club 24 in Cleveland Heights, OH with longtime friend and best man Walter Puess. He was a mentor and sponsor to many alcoholics, especially those challenged with the concept of a "higher-power." During pre-marital counseling the priest tasked Ron and Karen with describing their relationship with God. They both said in unison "well you would have to define God first." They were late in completing that assignment. In fact, the task is still not done. Ron was a hard worker. He spent many years at his brother Kenny's firm ONEX and was equally comfortable pouring over GANTT charts as he was with a jackhammer which created a physique his later coworkers would call cannonball. Ron loved yogic philosophies, 8-hour Jacuzzi marathons, live music, cucumber, watermelon, Joni Mitchell, the original Jefferson Airplane, and just about any type of movie. He spent an inordinate amount of time spoiling his three fur babies - Izzy, JJ, and Jean Luc. He will be greatly missed. The family will be holding a private celebration of Ronald's life at a later date. (440) 842-7800. www.buschcares.com

To order memorial trees or send flowers to the family in memory of Ronald Finnerty, please visit our flower store.