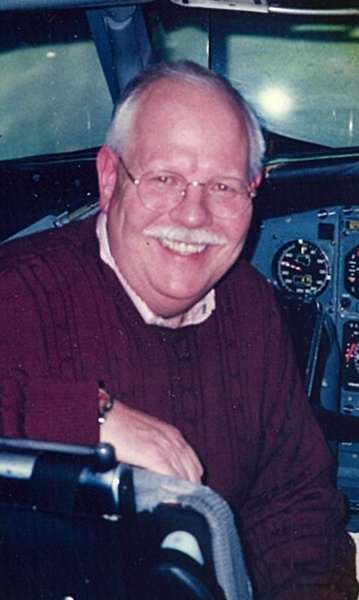 In 1943, Bob was born in Euclid, Ohio, to Walter and Dorothy Schneider. Walter was enlisted in the U.S Navy at the time, and later worked as a civil engineer in Euclid and Cleveland. The Schneider family moved to Avon Lake before Bob started high school. While he knew the importance of school, hanging out with buddies and sharing a beer was way more fun than school. One day at age 16, Bob drove his convertible to the library to pick up friends plus a girl he had yet to meet. This girl happened to be Linda, who he soon pronounced “that is the girl I will marry”. After Bob and Linda graduated from Avon Lake High School in 1961, both attended Kent State University. Half-way through their studies at Kent State, they were interrupted with a surprise baby named Gregory. Since Bob didn’t like to study much, it was time to get married and get a job.
Somehow, they also found time to have another baby named Gary, one year later.

As you may know, Bob was very personable and loved to talk, so he started his career as a salesman selling lighting products for Leff Electric. Later, he joined LaSalle Furniture as a salesman working for Ben Salupo. Ben provided Bob the education that he found interesting – the business world. While Bob loved working for the Salupo family, becoming a business owner was his new goal. At the age of 26 and having a young family at home, Bob purchased a small, part-time business from Jack Barrett. The business was operated as a part-time basis by firemen, painting metal furniture and appliances. Bob took this small part-time business and turned it into viable company, named National Electro-
Coatings Inc.

In the early 1970’s, the company obtained government contracts throughout the country for electro-static painting of metal office furniture. At that time, metal furniture was mostly different shades of ugly grey. While working at night, on-site at customers’ offices, the furniture was painted to
beautiful colors that enhanced the new working environment. As the 1980’s approached, Bob transitioned from government contract into commercial contracts. These national contracts were with the best-known companies of the time – Ford, Chrysler, AT&T, IBM, and McDonnell Douglas, to name a few.

In the 1990’s, as the office environment moved away from metal desks/file cabinets and into workstations (cubicles), the company had to pivot to meet the new furniture styles. To start, the company name was changed to National Office Services that better reflect the full-ranging refurbishing services, such as panel and chair reupholstering. Shortly thereafter, selling remanufactured office furniture became the main focus of the business. The brand, Gen2 Office Furniture was created, and is now manufactured in Brook Park. The company continued to grow by developing a new furniture dealership called Inspire Workplace Interiors, which is located in Cleveland’s Historic Warehouse District. This dealership features Kimball Office Furniture. The company has become a true family business as it is succeeded by the next two generations in the Schneider family. Bob was a true salesperson. His ability to understand the needs of others, and present solutions that met their needs, came naturally to him. Bob was also driven to success with the innate need to care for his family, his employees, and close friends.

While Bob was a hard-worker and risk-taker, he always found time to explore new hobbies and adventures. Since childhood, Bob was an avid boater, whether cruising on Lake Erie or bareboat sailing throughout the Caribbean. On dry land, long bike riding trips evolved into Harley motorcycles. Bob’s motorcycle phase culminated with a cross-country trip from Cleveland through Montana into Yellowstone. Once back, he was done riding motorcycles. Travelling by more traditional means became the norm with numerous trips through-out the United States, Europe, Asia, and South America.

Bob was truly a dichotomy. His attention span was very short when pertaining to hobbies - his hobbies were constantly changing. However, when it came to his wife Linda, his family, his dogs, the business, and his friends, Bob was the most loyal person you will ever find. Bob was a wonderful son, brother, father and grandfather, a loving husband, a challenging boss, and a good friend to all of us. His presence will be missed, but his spirit and accomplishments will continue to live.

Bob truly lived his dream. Everything he dreamed of doing, he found a way to do it. Just when you thought he was done, he always pushed for “just one more”. His 78 years were full of life. We should all be so fortunate.

To order memorial trees or send flowers to the family in memory of Robert W. Schneider, please visit our flower store.
Send a Sympathy Card