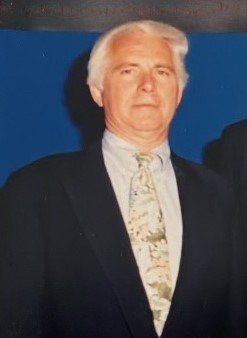 Robert Nedrich, 88, of Avon Lake, Ohio, passed away peacefully on Saturday, August 27, 2022, surrounded by his family he loved so dearly. He was born February 17, 1934, in Cleveland, Ohio, to parents William and Anna (nee Mowchan) Nedrich.

Robert lived in Cleveland his entire life and was a 1951 graduate of Rhodes High School. He went on to proudly serve in the United States Army from 1955 - 1957. In addition, he earned an Associate degree from Cleveland State University (formerly a known as Fenn College).

Robert married Elizabeth Wiemels on November 14, 1959, where they began their married life in Garfield Heights. They moved to Rocky River to raise their family of four children; all active members at St. Bernadette Catholic church; and sacrificed so their children could receive a quality Catholic education.

Robert was a family man, always focused on the positives in life, and was known for his impeccable sense of humor. He had a tremendous work ethic and instilled these values in his children, working numerous jobs throughout his life so he could provide for his family.

Robert had a successful 33-year sales career as a Regional Sales Manager at General Electric. He was a member of GE's Elfun Club and volunteered his time to help Girl Scouts and Big Brothers.

Robert always enjoyed spending time with his family, including coaching baseball and basketball when his children were young. He continued this tradition and cheered on his grandchildren in their various sporting and academic accomplishments.

He was very handy and enjoyed tinkering and fixing most anything. Robert was even known to help with larger projects, specializing in basement remodels. He was an avid Cleveland sports fan, enjoyed watching horse racing (and placing an occasional bet), and golfing. One of Robert's favorite traditions was dressing up as Santa for family, friends, and local school Christmas parties where he passed out gifts wrapped by his wife, Betty.

In lieu of flowers, memorial donations may be made in his honor to the American Diabetes Association https://www.diabetes.org

To order memorial trees or send flowers to the family in memory of Robert Nedrich, please visit our flower store.
Send a Sympathy Card