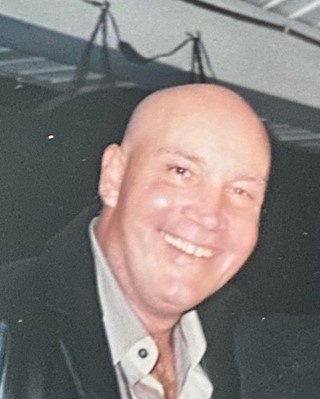 Bob Markling, age 67 of Westpark, Ohio entered Heaven on March 28, 2022. He was restored from all that ALS took away. He is once again the man who so enjoyed life and brought joy to so many. Born on July 8, 1954, to the late Louis and Mary "Molly" Markling. Bob leaves to cherish his memory, the love of his life and devoted wife of 34 years Anita (nee Caraballo) Markling. He was a proud father to Carla (Brad) Polk, Matthew (Megan) Markling, and Ryan (Emily) Markling. Cherished "Pepa" to his four grandchildren; Brandon, Natalie, Cailyn, and Madalyn. Dear brother to Mary Lou (Merv) Fox, Lynn (John) Deely, and the late James Markling.

Bob loved his family fiercely and enjoyed spending time with them more than anything. He was ever present in his children's lives as a Godly mentor, supporter, fan, and coach. Bob was a truck driver for over 35 years. He was known for his friendly, outgoing, and humorous demeanor. One of Bob's passions was the Cleveland Metroparks. Rain, sleet, or snow he could be found walking the trails, meeting new people, hiking, and enjoying the beauty of the outdoors. Throughout his life, sports were a constant. He was a coach to his kids' teams and was a dedicated fan of The Ohio State Buckeyes.

For those that are not able to attend the services but would still like to view them, the following link will be live 15 minutes before the start of the service.

In lieu of flowers, the family asks that any donations be sent to the local ALS Association Northern Ohio Chapter. als.org/donate 6133 Rockside Road #301, Independence, Ohio 44131.

To order memorial trees or send flowers to the family in memory of Robert L. Markling, please visit our flower store.
Send a Sympathy Card