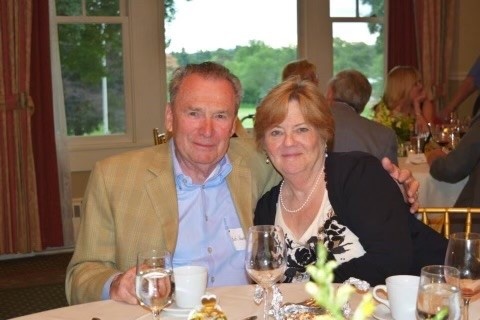 Robert Vaughan Freebairn, 92, of Avon Lake, Ohio passed away at his home Thursday, June 30, 2022 surrounded by his loving family. He was born April 25, 1930 in Philadelphia, Pennsylvania to parents Robert Vaughan and Grace (McClaskey) Freebairn.

Robert was a 1951 graduate from Penn State University, earning his degree in Education. He was the captain of the Cross Country Team his senior year when they won the NCAA Championship and Bob received an invitation to the Olympics. He became an industrial sales agent and manager, which led him to relocating to Cleveland. Rob went on to found Phoenix Associates in 1981, a custom fabricating producer of various non-metallic products. He enjoyed working with a wide variety of customers until his retirement in 2007.

Robert enjoyed traveling, visiting places like Scotland, Wales, England, the EU, Costa Rica, the Galápagos Islands, the Greek Islands, Tuscany, and Alaska with his beloved wife Carol. He enjoyed attending performances of the Cleveland Orchestra, and taking in exhibits at the Cleveland Art Museum, and reading.

More than anything else, Robert loved his family and spending time with them. He was kind, caring, loving, generous, smart, funny, and hardworking. An amazing husband, father, grandpa, great grandpa, brother, uncle, friend, and "dad" to numerous fur-babies.

Memorial contributions may be forwarded to St. Jude Children's Hospital, Upside of Down, Love-A-Stray Dog or Cat, or Hospice of the Western Reserve.

To order memorial trees or send flowers to the family in memory of Robert Freebairn, please visit our flower store.
Send a Sympathy Card