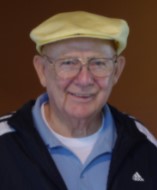 Phillip Houser Kauffman, 91, a longtime resident of Avon Lake, passed away on Friday, October 15, 2021 at his residence in Sheffield Village surrounded by his wife Camilla and his children. He was born June 11, 1930 in Sheffield Lake, Ohio. He was the son of the late Samuel "Ralph" Kauffman and Thelma Justine Kauffman (née Houser). Phil was a 1948 graduate of Brookside High School where he was active on the football and basketball teams. He proudly served his country in the Army during the Korean War and was stationed at Ft. Eustis, Virginia in Company F, 7th Transportation Regiment.

Phil worked in sales for most of his life; first for Alan Packing & Rubber then Packing & Gaskets. He was an entrepreneur later in life, starting his own business Day Industries. Phil also created and tinkered with many innovative products over his lifetime.

His passion was spending time with family from coaching little league, to building go-carts, collecting old cars to traveling. He created many fond memories with his family camping all over the U.S. and later traveling internationally. His favorites were Gettysburg, PA and standing on the Great Wall in China.

He was a long-time member of St. Joseph Church in Avon Lake and the American Legion Post 12, Korean War Veterans Post 17 and the Moose Lodge all of Elyria.

Funeral arrangements are being handled by Busch Funeral Home. No public visitation. Funeral mass will be held on Monday, October 25 at 11:00 AM at St. Joseph Church 32946 Electric Blvd., Avon Lake, OH 44012 with a private graveside interment at Resthaven Cemetery. www.buschcares.com 440.933.3202

To order memorial trees or send flowers to the family in memory of Phillip H Kauffman, please visit our flower store.
Send a Sympathy Card