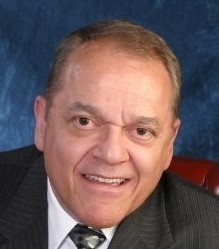 Peter M. Vadas, beloved partner of Monalea Hutchins, passed away on Sunday, Oct. 16, 2022 at Pleasant Lake Villa in Parma, with Monalea by his side. After undergoing heart surgery in July, 2021, he suffered a stroke and never recovered.

Peter was born to the late Helen and Eugene Vadas on May 17, 1944, in Budapest, Hungary. He is survived by two sons, Gregory Schmidt of Palm Springs, CA and Christopher Vadas of Atlanta, GA, one sister, Mary Barath of Rocky River, and a nephew, Peter Kramer of Ft. Myers, FL.

His eldest son, Michael Schmidt, preceded him in death, as did his step-father, Andrew Chop.

Peter, his sister and his mother were smuggled out of Hungary in 1948, and spent 3 years living in an Army barracks in Germany before coming to Ellis Island in 1951, and then Cleveland. Peter graduated from John Adams High School and later from Cleveland State with a degree in Industrial Engineering. He worked as an engineer at Warner & Swasey, Cleveland Pneumatic and Cleveland Vibrator Co. In 1981, he became a business broker and formed MBA Realty, which later became MBA Business Brokerage, Inc., for which he served as president and broker for 41 years. During this time, he also served as president of the Ohio Business Brokerage Assoc. (North) for 8 years.

In lieu of flowers, the family recommends donations be made to local animal shelters or the charity of your choice.

To order memorial trees or send flowers to the family in memory of Peter M. Vadas, please visit our flower store.