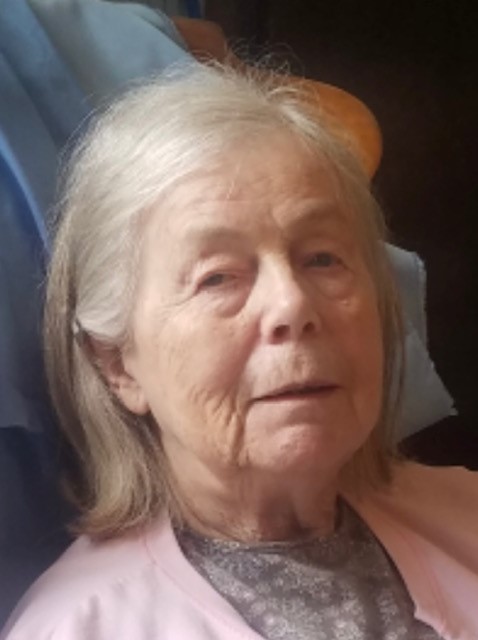 Peggy was born June 24, 1934 in Sheffield Village. She lived most of her life in her family home on E. River Rd. in a home built by her grandfather. She went Home Saturday, December 18, 2021, after suffering from dementia with family and friends by her side.

Her parents were Fred and Rachel Caley. She will be missed by her sisters, Mary Lou Dever (Mansfield), Dorothy Layos (Huron) and Rachel Pratt (Sandusky).

Her other two sisters, Janean Lujan and Eleanor Root precede her in death. Collectively, they were known as 'the Caley girls'. Brothers, David, Bill, Dale, Bruce and Tommy have also passed on.

John Hurley was her first husband. They met when he was working for the Y.M.C.A. in Lorain. They married and had three children and shared life until 1971 when he passed away. She married William Craig in 1973; having one child and sharing life until his passing in 2017.

She was the mother of four children, John R. Hurley (Terri) of Wooster; Laura J. Trout (Brian), William A. Hurley and Roger S. Craig of Sheffield Village. She was grandma to 13 grandchildren and 10 great grandchildren.

Education was important throughout her life. She graduated from Brookside High School in 1954; the first of three generations to do so. She earned her bachelor's degree in education from Marshall University and a master's in education from Case Western University. She worked in the Amherst, Sheffield, Sheffield Lake and Clearview School Districts. Following her retirement, she supervised student teachers for Ashland College. Not done yet, she also taught GED classes for Lorain County Community College.

We Care We Share Ministries in Lorain became her next endeavor. From the beginning in 2007, she served on the board and ran the Clothing Closet on Wednesdays as well as volunteering wherever needed.

When Peggy wasn't volunteering, she made clothing and quilts; including her own wedding dress and matching dresses for her granddaughters. Each of her children and grandchildren received a quilt that was personalized for them.

Peggy and her first husband, John, were founding members of Amherst Church of Christ. Bill joined when they were married and they both served by doing whatever was needed until their deaths. They hosted many New Years Eve and Fall Parties at their home.

There will be a private Celebration of Life later.

Her family would like to thank the staff of ACC Adult Home Care of North Olmsted for the excellent, personalized care she received at the end of her life.

Arrangements handled by the Busch Funeral Home in Elyria

To order memorial trees or send flowers to the family in memory of Peggy June Craig, please visit our flower store.
Send a Sympathy Card