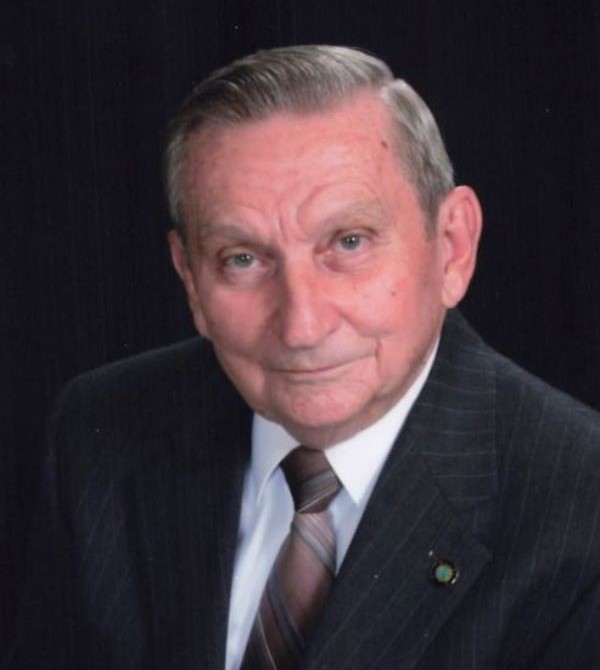 Interment of Urn with Military Honors

Paul Nicholas Jurkovich, 90, of North Royalton, Ohio, joined his parents in Heaven on Saturday, December 25, 2021 at his home surrounded by his devoted family. Paul was born in Cambridge, Ohio on May 31, 1931, the son of Stephen and Mary (nee Krupko) Jurkovic. He graduated from Valley Rural (Buffalo) High School in 1948 and from Ohio University in 1959. He was a veteran of the United States Air Force where he served in the Korean war and was an aircraft mechanic and bartender. He had been employed as the financial controller by Case Western Reserve University for 30 years. He also served as a member of the SELC District Board of Directors as the financial secretary for 29 years.

Paul grew up on a farm in a family where church and the community were central to their lives. His love of gardening continued all his life, and his gifts of garlic, cherry tomatoes, and potatoes will be missed. He enjoyed ushering at his church (Calvary Lutheran), playing pool and spending time with family and friends. Paul is survived by his wife Verna J. Jurkovich (nee Richnafsky), sons Paul S. (Lorie) Jurkovich, Brian (Christine) Jurkovich, and daughters Jeanne Jurkovich, Jurky (Chad Francis) Jurkovich, and Valerie (Brad) Roen. He is also survived by his beloved grandchildren Elise and Emily Jurkovich; and Nadia, Anna and Alexander Jurkovich and his siblings Sam, Dan, Mary, Mildred, Ruth, Lydia and Dorothy. He was preceded in death by his siblings Stephen G., Bessie, Ann, Olga, and John.

To order memorial trees or send flowers to the family in memory of Paul N. Jurkovich, please visit our flower store.
Send a Sympathy Card

Interment of Urn with Military Honors