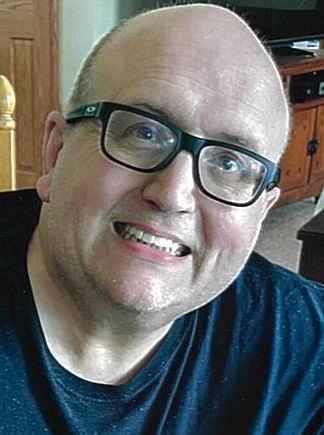 Mark is survived by his beloved wife, Nancy and passed away with her by his side, along with his father, Jack, sisters, Patty and Katie, step-mother-in-law, Stephanie, and Pastor Peeter Pirn.

Mark described his strong Christian faith as a "child-like" faith. He always believed God worked things out for the best which contributed to his easy-going, worry-free demeanor. He was known by all to have an exceptional sense of humor, a witty charm, and a warm, infectious personality.

Mark was born and raised in Cleveland, OH. As a child, Mark played outside from sunrise to sunset with the neighborhood kids. His Evel Knievel action figure was his favorite toy, and he played "Cowboys and Indians" with his sister, Patty. His dad, Jack, fondly recalled Mark racing his Big Wheel down the hill and slamming on the brakes which wore down the front wheel and caused a "klunking" sound.

From his teen years into adulthood, Mark became quite the computer expert, leading to a 32-year career as an e-Learning Developer and LMS Administrator at Cinecraft Productions. He successfully completed a CDL training course and was planning to become a truck driver.

Mark also spent much of his life playing video games and D&D with a group of men who considered each other to be brothers. They often spent entire weekends bonding over the D&D games while consuming extreme amounts of burgers, hot wings, and Dairymens Iced Tea. He always remembered with fondness going fishing with his grandfather, being cared for after school by his grandmother, and spending summers at Sunset Lake campground with his dad, mom, sisters, and grandparents. It was there he developed his love and expertise for playing horseshoes. Mark learned how to play from his dad, uncle, and grandfather. His sister Patty (Pat) remembered many cross-country trips in their '77 blue Malibu station wagon with no AC. "Not-so-little" sister Katie (Worm) followed in his footsteps, playing video games and wanting to be just like her "nerdy" brother.

One of Mark's favorite pastimes was cooking, and he especially enjoyed grilling. A serious meat-lover, he often said that "vegetables are what my dinner eats." He was very creative with ingredients and loved preparing an abundance of food for guests.

In 2010, he met the love of his life, Nancy (Martin) Conlon, and the two became inseparable, knowing immediately that God brought them together. They were married in 2011, and since then, they have shared an intense love that grew stronger every day, devoting their lives to serving each other and making each other better and more like Christ. He always looked to his parents as an example for marriage, as they were lovingly devoted to each other for 47 years.

Mark and Nancy were soulmates whose hearts were interwoven, truly becoming one and sharing an unconditional and eternal love. They bonded over favorite movies, such as "The Princess Bride" and "Star Wars". He was her Wesley, and she was his Buttercup, the Han Solo to her Princess Leia. They shared a passion for spending quality time with each other, and Mark rediscovered his love for the outdoors and camping with Nancy. He also enjoyed a newly discovered hobby, dancing with his wife.

Mark was deeply loved by his family and friends and loved them in return. Dearest son of Jack and the late Margaret Conlon, cherished brother of Patty Conlon and Katie Conlon, son-in-law to Irene Martin and Bill (Stephanie) Martin, brother-in-law to Linda (David) Sadler and Barb (Gino) Melone, uncle to Megan Sadler, Elizabeth Melone, and Alexandra Melone.

In lieu of flowers, the family is requesting donations in his name to Compassion International, The Plastic Bronchitis Foundation, and Cuyahoga County ICU Mobile.

Have fun storming the castle, Mark.

To order memorial trees or send flowers to the family in memory of Mark William Conlon, please visit our flower store.
Send a Sympathy Card