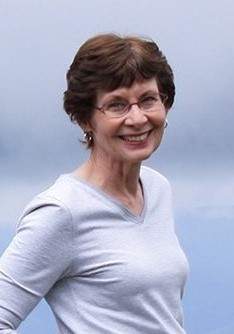 Marjorie Ann Ormiston (née Coleman), 75, beloved mother, wife and sister, passed into the arms of her Savior on September 1, 2022, after a courageous battle with dementia.

Born to Henry and Iva Coleman in North Ridgeville, OH she grew up playing with her sisters and brother in the woods behind their home. A lover of nature from a young age, she was happiest outdoors surrounded by birds, trees and flowers.

After graduating from North Ridgeville High School in 1965, she married and moved to San Bernardino, California. It was here that she welcomed Jesus Christ into her heart and felt truly transformed by his presence. Her faith remained a constant source of hope and support throughout her life.

In 1977, her daughter, Heather, was born. Marjorie was a devoted mother who created an imaginative and magical childhood for her only child. They were close friends who were devoted to one another. Heather cared for her mother during the last two years of her life and worked diligently to provide her mother with all of the love and care she had received as a child.

Marjorie returned home to Elyria, OH as a single mother with her daughter in 1977. On Valentine's Day 1979 she went on a blind date with Roger Ormiston. They were married in August and remained married for 43 years. Marge and Roger enjoyed working on many projects together including a beautiful rock garden in the backyard of their first home. Each year on Christmas Eve, they welcomed the entire family into their home to celebrate with a feast of family favorites, platters of delicious cookies, and lots of stories and laughter. Later in life, they were active members of VFW Post 6273 where Marjorie served on the Auxiliary Board and worked to raise funds for veterans and children's charities.

She spent many joyful hours in The Great Smoky Mountains National Park and cherished her time there hiking and taking photographs. She completed many strenuous hikes throughout the park including summiting Mount Le Conte on all five of its trails. She stood at its peak for the last time at the age of 70. She also ascended Mount Cammerer, played with her daughter, nieces and nephews in the cold streams of Chimney Tops, and photographed deer in the hushed twilight of Cades Cove. She was happiest hiking through the mist with a camera around her neck and a song to God in her heart.

She was preceded in death by her parents Henry and Iva Coleman, and her sister Louise Smolinski.

Visitation and memorial service will be held at Busch Funeral Home, 32000 Detroit Ave., Avon, OH on September 12, 2022, beginning at 11 a.m. A private burial service for family and close friends will follow.

To order memorial trees or send flowers to the family in memory of Marjorie Ormiston, please visit our flower store.