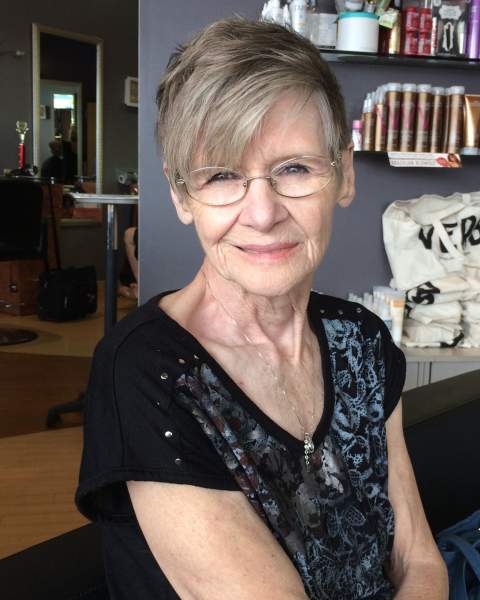 Margaret Marie Cannon was born July 25, 1946, to James and Eleanore Shear in Cleveland, OH. She spent most of her childhood in California with her family, including 3 sisters and 3 brothers. She moved back to Ohio in the early 70's and met James "Jim" Cannon and was married November 23, 1974, in Jim's parents' house in Sheffield, OH. Marge brought Lisa Marie and Jim brought Kenny James and Michael Patrick to their marriage and had Christopher James together in August of 1975. Marge was a hard worker, from waitressing at Woolworth's in Midway Mall and Fraams in Sheffield Lake, to vehicle assembly at Ford in Lorain, a glove maker at Betchers and finally, an oxygen tank regulator preparer at Thogus in Avon. She worked long hours and then came home to her husband and four children to cook for them every day. She loved bowling, bingo and playing cards with friends and family. She loved trips to the Casino, especially the ones in Atlantic City and Las Vegas. She is preceded in death by her husband Jim, parents, sister Kathy, brother in-law Chris Holzer, and brother Jim. She is the mother of Kenny (Terri), Mike (Debbie) and Chris Cannon, and Lisa Hicks (Mike Broz); sister of Eloise Fox and Donna (Rick) Miller; grandmother of Kenny Jr, Kara, Garrett and Emma; aunt to many nieces and nephews. She was always the life of the party and loved spending time with her kids and grandkids. She was loved and will be missed by so many. She was called to Heaven on Friday, September 2, 2022, while resting in the presence of her family and caretakers. Friends and family may call for a visitation on Saturday, September 10, 2022, from 1:00pm - 3:00pm followed by a service at 3:00pm at Busch Funeral Home 163 Avon Belden Rd., Avon Lake, OH 44012. www.buschcares.com 440.933.3202

To order memorial trees or send flowers to the family in memory of Margaret Cannon, please visit our flower store.