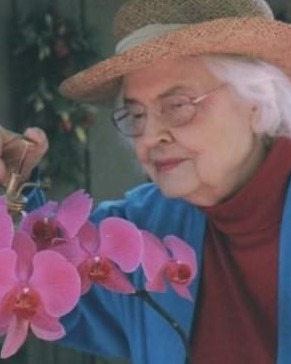 She was born on February 13, 1925, in Niles, Ohio, to Ward and Sara (Morgan) Page, and grew up on a small family farm in Howland Corners, Ohio. She was valedictorian of the Class of '43 of Howland High School. She received a scholarship to Hiram College to study history, but became homesick, returned home, and began work as a clerk/secretary. She retired from NASA/Lewis (now Glenn) Research Center, where she worked in the Training Office. She married Clifford W. Brooks on Dec. 7, 1946, and they crossed the country together, so Cliff could attend photography school in New Haven, CT, and then moved to San Diego, CA, when Cliff was recalled to service in the Marines during the Korean War. She and Cliff enjoyed spending weekends on their sailboat, Freelancer, taking short trips to take photos, and playing cards with friends. "Marg" was a member of Erie Shores Photo Club and Lake Shore United Methodist Church,where she taught Sunday School, sang in the choir, and was active in the women's groups. She loved to read, watch old movies, and followed current events and politics. She cherished the time spent with family at Lakeside. She was known for her kindness, empathy, hard work, and good humor-and her outstanding pies! She was a loving mother, adoring grandmother and great-grandmother. Her family is grateful to have had her gentle wisdom and guidance as a comforting presence in their lives for so many years.

She is survived by her children, Christopher Brooks (Bethany Laws) of Olmsted Township, OH, and Amy Laity (Daniel) of Elmore, OH; grandchildren Colleen Brooks Dudley (Brian) of Washington, DC, Steven Laity (Rebecca) of Marion, OH, and Kevin Laity (Marion Richards) of Lynnwood, WA, and great-grandchildren Samantha, Connor and Eliana Paige Laity, and Fiona and Emma Paige Dudley. She is also survived by a number of nieces and nephews.

She was preceded in death by her husband of over 70 years, Clifford, who died in 2019, and her two brothers, Ward E. Page and Bert Page and great-granddaughter Amelia Joy Laity. A memorial service will be held on Saturday, January 21, 2023 at 11:00 am. at Busch Funeral Home, 163 Avon Belden Road, Avon Lake, OH 44012. Interment will be held at Western Reserve National Cemetery in Rittman at a later date. Those wishing to make a memorial contribution in Marg's name may consider Lake Shore United Methodist Church or Avon Lake Public Library, or a charity of the donor's choice.

To order memorial trees or send flowers to the family in memory of Margaret Brooks, please visit our flower store.