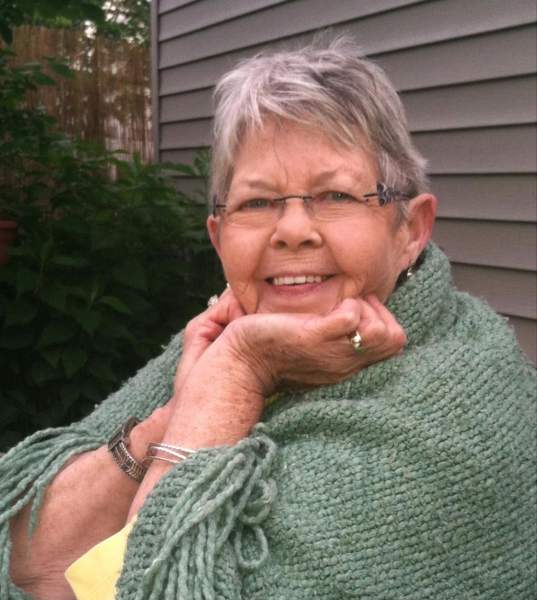 Korki was born in 1938 to Carl and Marjorie Bennett in Evansville Indiana. She has two sisters who are still in Evansville: her older sister Sharon "Sissy" and younger sister Barbara. Their younger brother Tom preceded Korki in death.
Korki enjoyed a wonderful childhood going to Evangelical & Reform church with her family, taking Sunday drives, fishing, and playing ping pong. In elementary school, she briefly played the drums, was a cheerleader in high school, and sang in the church choir.
After high school, she attended nursing school at St. Mary's Nursing School in Evansville and converted to Catholicism.
In 1960, she married Robert "Bob" J. Campbell of Evansville, moved to San Francisco, and had two children there -- Ben and Carla.
In 1965, due to Bob's job, they moved to Cleveland Ohio, buying a house in Bay Village. Korki worked part-time as a registered nurse at Fairview General Hospital, joined the PTA, League of Women Voters, and played in a bridge club.
In 1974, after their divorce, Korki began working full-time as a nurse, ending her career at Serenity Hall in Westlake Ohio.  In 1988, she met her second husband Marty Roche in AA and they were married in 1990. She retired at this time and they enjoyed family and traveling until Marty passed away in 2016. Korki then moved to St. Mary's of the Woods where she met many new friends and enjoyed book club and playing bridge.
In recent months, her congestive heart failure (along with atrial fibrillation and pulmonary issues) became very hard to manage, and on March 27th surrounded by her children, their spouses, and her dear caretaker Michelle, Korki peacefully went home be in heaven with her Lord & Savior Jesus Christ. While the family rejoices at this, we will miss her dearly.
If you'd like to watch her Celebration of Life which was held at her church Providence (Avon, OH) please click the link below.
https://boxcast.tv/view/korki-roche--memorial-service-lyt5vj1cf2tm0opaczcj

To order memorial trees or send flowers to the family in memory of Karlene "Korki" Roche, please visit our flower store.

The family will receive friends starting at 10:30.