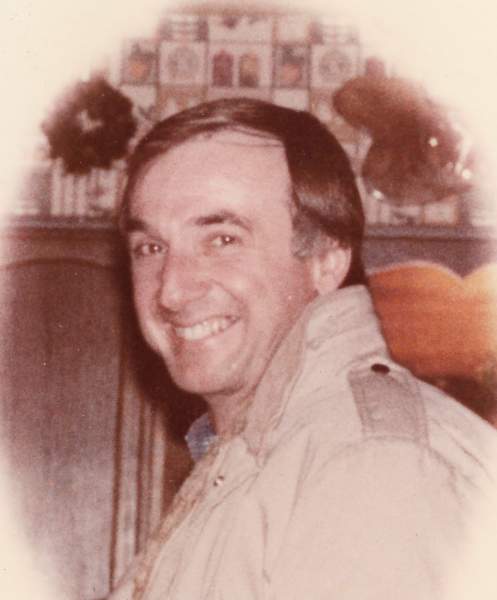 Bethesda on the Bay Lutheran Church

Karl Fredrick Willam Zuber was born (as luck would have it) Friday, December 13, 1940 the third child of Elsa and Nelson Zuber. Growing up on First Street in Westlake, OH was where he met childhood and lifelong friends Don Horning, Frank Cipra, Al Carrick and Judy Connelly-Collins of which they enjoyed all kinds of pickup games, hanging out at Huntington Beach, or heading over to Sell's Drug Store for malts and ice cream sundaes. He always had a job, starting with his Plain Dealer paper route, setting pins at Westlake Recreation, throwing clay pigeons at Westlake Sportsmans Club and Dover Bay Gun Club (which may have contributed to his hearing loss later on). He worked three summers at Westlake Country Club doing horticultural work (though not learning to play golf until retirement) followed by a stint at JR Kramer Nursery.

In 1960, he married Amy Fleck while embarking on his career in sales beginning with selling Collier's Encyclopedias door-to-door with a soon to be lifelong friend, Larry Ashley. This was followed by a long tenure at Cleveland Typewriter beginning in 1962 (later becoming Cleveland Typewriter and Computer) where he was store manager at various locations, with the last being the downtown location at 1719 Euclid Avenue. His colleagues Randy Katz, Steve Rowsey, and Leslie Kearns became lifelong friends in the process as well. His business associations also introduced him to his dear, best friend Patty Kearney.

Karl spent most of his adult life in Avon Lake, OH where in 1980; he was introduced to Bob Bolen who became a mentor, encouraging his involvement in community theater with Mighty Goliath Productions and the Firehouse Players over the next 15 years. In 2003, he married Gloria Kirkwood and began the migration to Sarasota, FL where as snowbirds they happily escaped the Cleveland winters, embracing the community at Strathmore Villas. Karl especially loved the sunshine, enjoyed golfing (most of the time), playing shuffleboard, penny poker with the guys and going out to enjoy a dinner of fresh grouper (a favorite entrée).

Karl was always proud of his two children, Lisa and Karl "KC" Zuber, supporting them both in their pursuit of a college education, careers and more including being a common fixture during election season dressed as Uncle Sam stumping for his son's local campaigns. This pride and support also extended to his grandchildren as he thought nothing of a day trip to Michigan just to see their sporting events or school plays. He will always be remembered by his and Gloria's children, Lisa Zuber (John Gawlas), Karl "KC" Zuber, Lauren Skinner (Fred), Eric Kirkwood (Jacki Lakatos) and Jeff Kirkwood (Julia), and grandchildren Karl ("the younger"), Dawn Marie, Danny, Brian, Christine, Justin, Maya and Samuel, in addition to four great-grandchildren plus many nieces and nephews.

Karl's charisma, pride of family, love of so many friends and acquaintances together with the way he always pushed through life's many obstacles and heartaches while continually seeing the positive in life is what we will most remember about him. Following an extended illness due to Covid-19 pneumonia, he valiantly battled for over 3 months, visited and comforted by numerous friends and family members. He died peacefully while in hospice care in Westlake, OH on March 17, 2022 (St Patrick's Day) at the age of 81.

Karl was preceded in death by his brother Nelson Jr ("Neil") and survived by his sisters Harriet McDermott, Paulette ("Terri") Clark, Annette Urban and Michele ("Margarette/Babe") Sedlack. It is noted he would playfully remark he was that half of the siblings who hadn't changed their first names.

A celebration of Karl's life will take place on June 18, 2022, with a service at 2:30 at Bethesda on the Bay Lutheran Church, Bay Village, OH and a reception following at 6:00 at Veteran's Memorial Park-The Lake House in Avon Lake, OH. Donations in memory of Karl can be made to Mighty Goliath Productions (MGP) at mightygoliath.com/sponsorship or PO Box 78, Avon Lake, OH 44012.

To order memorial trees or send flowers to the family in memory of Karl F. W. Zuber, please visit our flower store.

Bethesda on the Bay Lutheran Church