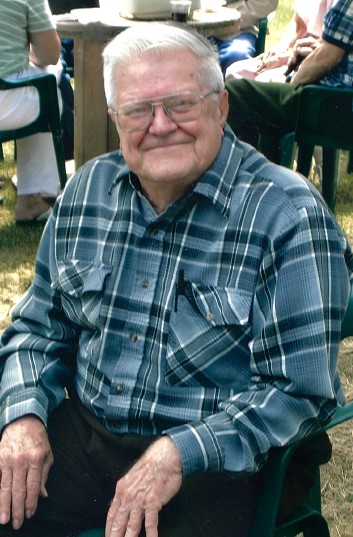 Joseph P. Nagy, age 93, passed peacefully on September 7, 2022, in the presence of family after a short illness.

Dad, have a great welcoming party in Heaven with mom and family. Give her hugs and kisses from Scott, Brenda, Dameon and Dahlia, Dan, and Elise.

Joe was born on June 18, 1929, to Gedeon and Johanna Nagy into a family that was large, loud, and loving.

During the years of WWII, he and most of all his brothers joined the war effort. Joe joined the Army Air Corps which became the Air Force during his tour of duty and received the WWII victory medal.

While he was deployed as a medical technician in Hawaii, he graduated from the High School of Hawaii. He loved the time he was there.

Back in the states, he worked as a local delivery truck driver for a number of companies for most of his working career. He provided well for his family.

He was the happiest person you would ever want to know. Everybody loved him.

His greatest love was his wife, Lorene (nee Claus), she left us young, but she never left his thoughts.

To order memorial trees or send flowers to the family in memory of Joseph Nagy, please visit our flower store.
Send a Sympathy Card