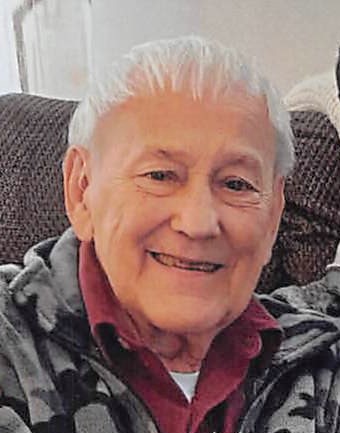 He graduated from Leechburg High School in 1949, and from Middle Tennessee State College in 1958. He taught school in Elyria City Schools from 1959 through 1978 and then retired from Valley City Steel in 1991. He also worked part time at Contour Tool in Elyria.

Joseph was a member of the First United Methodist Church in Elyria, served in the United States Air Force, was a member of the Cascade Chordsman and the LaGrange Hunting Club. He enjoyed spending time with his grandchildren and telling stories. He loved traveling the world and photographing his travels.

He was preceded in death by parents, Sigmund and Elizabeth, and brothers Ernest of Elyria, OH and Edward of Bellevue, MI.

In lieu of flowers memorial contributions may be made to Second Harvest Food Bank, 5510 Baumhart road, Lorain, Ohio 44053.

To order memorial trees or send flowers to the family in memory of Joseph Z Bartha, please visit our flower store.
Send a Sympathy Card