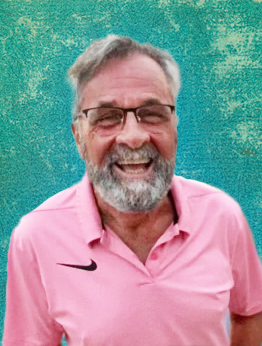 John E. Carollo, 68, of North Olmsted, formerly of Avon Lake, passed away unexpectedly on Thursday, August 25, 2022 following an accident near his home. He was born September 9, 1953 to parents Vincent and Joan (nee McIntosh) Carollo in Cleveland, OH.

John grew up in Avon Lake and lived there most of his life, only recently moving to North Olmsted. He attended St. Joseph School, and was a 1972 graduate of Avon Lake High School. John had many friends because of his kind nature and genuine interest in others well-being. He was devoted to his family and especially his children and granddaughter.

John retired from the Steel Mill in Lorain after forty years of dedicated work. He was an avid Cleveland sports fan, enthusiastically rooting for the Indians and Browns. He had an infectious laugh and a smile that lit up any room he was in. John loved animals, especially dogs, and enjoyed watching harness racing at Northfield Park.

To order memorial trees or send flowers to the family in memory of John Carollo, please visit our flower store.
Send a Sympathy Card