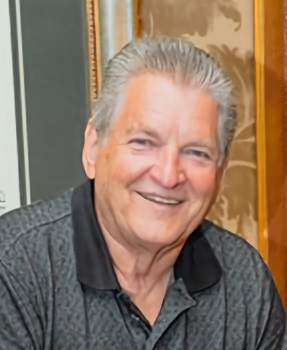 Jerry J. Ehrmantraut, 74 of Brunswick, Ohio, formerly of Eastlake, Ohio, passed away on April 20, 2022, at MetroHealth Medical Center with his wife and daughter at his bedside.

Jerry was born on December 26, 1947, to loving parents, Merrill Ehrmantraut and Esther Severino in Cleveland, Ohio.

After Jerry graduated from North High School in 1966, he went on to serve in the United States Army in Vietnam. Later on, he attended Lakeland Community College, where he earned his Associate Degree in Business.

While attending Lakeland College, he met his wife, Debbie, whom he married on April 22, 1978. They had their daughter, Jessica, in 1985.

Jerry worked as a quality control inspector for many years and most recently retired from Alloy Bellows in 2015.

Jerry truly enjoyed camping, fishing, casino trips, and a challenge to fix anything broken, earning him the nickname of "MacGyver." Most of all, he enjoyed helping others and spending time with his two grandsons and granddog.

He was preceded in death by his parents, Merrill Ehrmantraut and Esther Severino; brother-in-law, Craig Richey, and nephew, Anthony Balzano.

In lieu of flowers, the family has suggested donations to an adaptive playground for disabled children being built in Brunswick, Ohio, which both Jameson and Owen will be able to enjoy. Donations can be made to brunswickinclusiveplayground.com. Please be sure to mention Jerry's name in the comments section.

A celebration of life memorial service with Army military honors and family sharing will be held at 3:00pm on Sunday, April 24, 2022, at the Busch Funeral Home, 7501 Ridge Rd., Parma, OH 44129. Guests are welcome and encouraged to share happy memories and funny stories during this time. Family will receive friends from 1:00pm until time of service at the funeral home.

To order memorial trees or send flowers to the family in memory of Jerry J. Ehrmantraut, please visit our flower store.