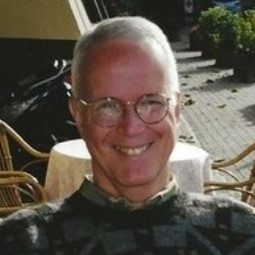 A resident of Milwaukee and Avon Lake, OH, passed from his wife Lorene's loving arms into God's, on July 17, 2022, at the age of 81. He died of complications from a severe Traumatic Brain Injury sustained 16 years ago on a set of unsafe concrete stairs in the City of Milwaukee; shortly after moving here from Winnetka, IL and Boston, MA. From the onset, he suffered mightily, but fought bravely and persistently all the way to Heaven.

Jackson was born in NYC to Jackson E. Spears, Sr. and Evelyn (nee Gerli) Spears on July 1, 1941, and raised in Darien, Connecticut. Jackson is survived by his wife of 35 years, the love of his life, Lorene Gates Spears. They met on a blind date and fell in love almost immediately in Luzern, CH. He is also survived by two brothers, William (Maria) Spears of NYC and Joseph (Maggie) Spears of Conover, North Carolina. In addition, two loving sisters-in-law, Lynn Maroon of Avon Lake, Ohio and Lanette (Robert) Armbruster of Medina, Ohio. Jackson adored two beloved nephews and a niece: Matthew Maroon of Lilongwe, Malawi, Africa; Lawrence Kondowe of Tewksbury, MA and Ann Spears of Raleigh, North Carolina. He also had three estranged children and four grandchildren from a previous marriage.

Jackson's career spanned many decades. He began on Wall Street as an Investment Banker and Securities Analyst. Throughout the years he was known as a prominent, fierce and formidable rainmaker and forward thinker. He was one of the pioneers of Innovation in the Financial Technology arena. Jackson was a regular commentator on CNBC, Bloomberg TV, Reuters and other financial venues.

Spending most of his business life internationally, he retired as a Managing Director from ABNAmro, but kept working as a consultant until no longer physically able. Until the last days of his life, he followed the Opening and Closing Bells; checking the Dow consistently on his phone throughout the day.

Jackson was brilliant, cultured and had a wry and ironic sense of humor. He was dashingly handsome and could be an endearing rascal. Jackson had many interests; especially a passion for international travel, fine dining, backgammon, reading and charitable organizations. He was a former member of the NY Athletic Club, Harvard Club of NYC, Harvard Faculty Club and served with his wife on numerous Boards throughout the years. He was unwavering in helping others, especially victims of sexual abuse inflicted by high level government and military officials. He was a quiet humanitarian that helped many in need, with a hand up, not a handout. Jackson's passion was his nephew's non- profit organization, Determined to Develop in Malawi, Africa. His philosophy was to assist others in obtaining an education, who would then in turn, pay it forward. Even though Jackson was raised with great privilege, he significantly realized that money and stature do not create people of high quality and values. He enjoyed people of every level of society and always had a smile and kind word for all. Jackson exemplified this by he and Lorene's global travels, diplomacy and involvement with the NCIV and IVC of Chicago.

It took an army of people to keep Jackson alive and well throughout the past 16 years. His wife Lorene was at the helm with unrelenting dedication, even throughout her own serious illness. We would like to thank our Froedtert Hospital family for their expertise, compassion and encouragement throughout the duration; especially Dr. Sunu Eapan, Dr. Wendy Pelltier, Dr. Mark Klingbiel, Dr. Richard Markel, the Spiritual Foundation, Horizon Hospice and the many nurses and therapists so loved by Jackson. You will always be cherished.

Loving and loyal caregivers and friends who became family; Tony and Char Rondinelli, John Wallentowski, Richard Schulz Esq., Lorene's family and the MFD and MPD, always looking out for Jackson. You are loved for your consummate support and hands on care.

Heartfelt appreciation to Feerick Funeral Home in Shorewood,WI for your dignified handling of Jackson.

In lieu of flowers, grateful charitable donations can be made to Determined to Develop, a 501(c)(3) founded by Matthew Maroon, Jackson's nephew. Jack taught Matt to work hard and carry forth humanitarianism to mankind. The website is: www.determinedtodevelop.org.

Jackson will be laid to rest on Friday, August 19, 2022, beginning with a reception and visitation from 10:00AM to Noon at Busch Burmeister Funeral Home, 163 Avon Belden Rd., Avon Lake, Ohio; immediately followed by a Catholic Prayer Service. Burial will then take place at St. Joseph's Catholic Cemetery in Avon, Ohio surrounded by Jackson and Lorene's family and friends. Luncheon to follow.

In the Fall, a private Celebration of Life will take place in Milwaukee.

"You will be painfully missed by all whom you have touched."

To order memorial trees or send flowers to the family in memory of Jackson Spears, please visit our flower store.