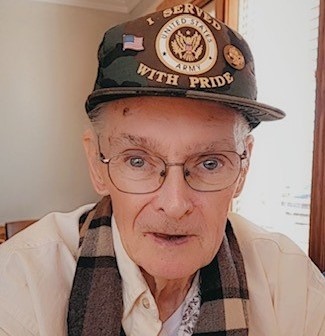 Jack graduated from Elyria High School in 1959 and received his Associates in Applied Business Degree from Lorain County Community College in 1974, graduating with honors.

Jack was drafted into the Army during Vietnam and graduated from The United States Army Southeastern Signal School, with honors. Jack was a communications specialist and expert riflemen. Jack completed his active duty in 1965.

When Jack was younger, he enjoyed collecting stamps and building things. He built many replica ships and steamboats. Jack was a member of the Black River Stamp Club. He also wrote the Stamp column for the Chronicle-Telegram.

Jack retired from The American Philatelic Society Headquarters in State College Pennsylvania, as a sales circuit manager, in 2001.

Jack loved to travel and some of his destinations included Israel, Greece, Jordan and Lebanon.

Mr. Standen is survived by his sister, Jill Harmon of Elyria, his niece Debbie Beckwith (Doug Beahr) of Elyria, nephews Jeff Harmon (Allison) and Michael Harmon (Traci) of Elyria, Great niece, Emily Beckwith (Sam Donnelly) of Elyria, and Great Nephew, Sean Beckwith of Westlake, and Great Niece, Ashley Harmon, of Elyria, and many other friends and family. Jack was blessed to have a caregiver, Tonetta Hill, that loved him in such a special way. Jack loved her and cherished her. He counted on her the last couple of years and was able to stay in his home because of her.

Jack was preceded in death by his mother, Helen Standen (nee Koehn), his father, Elmer Standen, and his brother, Dale Standen (Gloria).

To order memorial trees or send flowers to the family in memory of Jack C. Standen, please visit our flower store.
Send a Sympathy Card