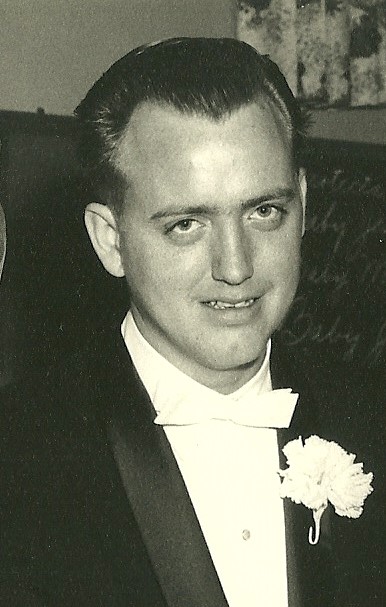 Howard S. Large died peacefully, in his home, surrounded by his loving family, on January 22, 2022. Howard was born on November 4, 1939, in Cosby TN. He graduated from West Tech and worked for 36 years for GM. Howard was a hard-working provider, and he often had more than one job, he worked for Sears in the automotive department for 18 years.

Howard not only provided for the family with his work but also with his guidance and his presence. He was funny and kind. He enjoyed bowling, was a voracious reader, and liked sports of all kinds. He was especially fond of the Detroit Tigers and could be found on a summer night listening to them on the radio in his backyard. He loved good food and eating with the people that he loved. Howard and his wife Shirley had five children, so family gatherings were always a favorite time for him, he was the best grandfather. He gave his time and love to his 12 grandchildren and then to his 6 great-grandsons. He will be dearly missed by all who knew and loved him.

Howard was the beloved husband of Shirley (nee Thomas), they would have celebrated 60 years of marriage on their next anniversary. He was the father of Tammy Rodriguez (Michael), Steve (Heather), Kim Large, James (Wendy), and Joel (Heather); grandfather of Kristen (Daniel), Russell, Morgan (Nick), Brendan, Ethan, Cheyenne, Cameron, Dakota, Carson, Sydney, Cullen and Mackenzie; great-grandfather of 6 sweet boys; dear brother of Sarah Mathis (Grayton), and Betty Jo Garnes; and many nieces, nephews and friends. Howard was preceded in death by his parents, James H. and Rachel (nee Webb) Large; and his brother Duane Large.

To order memorial trees or send flowers to the family in memory of Howard S. Large, please visit our flower store.
Send a Sympathy Card