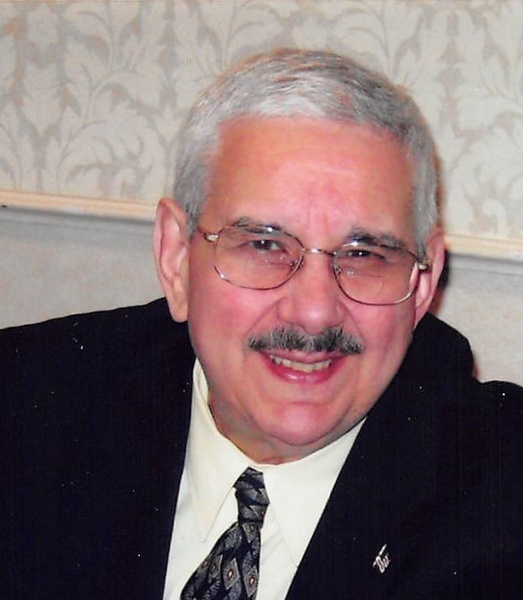 Musician, businessman, and retired teacher Frank Avallone Jr. was a gifted storyteller and fine trumpet player. Frank passed away peacefully on May 31, 2022, at the age of 79 in the presence of his loving wife Nadine.

Frank was born in the West Park neighborhood of Cleveland, Ohio, on September 17, 1942, and graduated from West Technical High School in 1960. He displayed an early aptitude for music and played trumpet as a 3-year member of the All-City Orchestra. He was also chosen for Region Orchestras and the All-Ohio Boys' State Fair Band. Frank attended Baldwin-Wallace College and completed his Bachelor of Music Education degree in 1964. He taught instrumental music for 6 years in the Cleveland Public Schools and for 3 years at Oberlin City Schools.

Frank was the first full-time teacher at Oberlin Junior High School to teach both band and orchestra students, a program he initiated in 1972. A year later, he enrolled in a graduate program at VanderCook College of Music in Chicago. Here he specialized in brass instruments and earned his Master of Music Education degree in 1976, which he paid for entirely from his personal savings. From 1975 to 1980, Frank took a leadership role as director of the instrumental music programs at Springfield Junior High School in Holland, Ohio, where he developed the band and orchestra and increased their size.

During the 1980s, Frank pursued opportunities in private enterprise and became general manager of two retail-electronics stores with annual revenue of around $1 million. In 1985, he entered at the ground floor of the nascent cellular-communications industry. As cellular researcher for The Cellular Corporation in Lakewood, Ohio, he was responsible for preparing approximately 10,000 FCC applications for approval to construct new cell towers. Frank's modest upbringing and early hardships meant that he was especially proud of his business accomplishments and resulting financial success.

Frank reconnected with his original passions for music and teaching during the 1990s and 2000s. As faculty at Riverside Academy of Music and The Beck Center for the Arts, and as an independent instructor at home, he gave private lessons in trumpet and trombone. From 1993 to 2011, he played trumpet in over 140 concerts for the Cleveland Philharmonic Orchestra (CPO). He participated in various local musical groups including the CPO Chamber Ensemble, Broadale Brass, and German Concert Orchestra. He also played trumpet as part of the orchestra for several community-theater musical productions. One of his favorite stories was about the time he was recruited to play his trumpet on stage as a "member" of the Salvation Army brass band during a scene in Guys and Dolls. He used to relate with fondness the story of his moment in the limelight as an unexpected actor.

Frank found great joy in simple pleasures, such as spending time with family and friends, especially around the holidays. He enjoyed homecooked meals, like Nadine's chicken soup and spaghetti topped with sweet Italian sausages. He loved vintage TV shows like Gunsmoke and Perry Mason. Some of his favorite movies were the seasonal classics A Christmas Carol and The Quiet Man, which he would make a point of watching every year. As a perennial fan of the Cleveland Browns, he always wore his Browns shirt during football season while watching the game. Frank also took pleasure in challenging hobbies like model building and identifying the several species of birds that would land at the feeder. In recent years he satisfied his thirst for knowledge by reading dozens of books; he particularly enjoyed learning about topics relating to the American Civil War and the Old West. Frank also took up coloring as a form of relaxation. Here he found a vehicle for exercising his creativity in a purely visual medium; in numerous and expressive ways he combined and blended a wide range of colors.

The principal at his school in Oberlin once wrote a recommendation letter describing Frank as "well-liked by all" and possessing "exemplary character," a "fine personality," and "musical knowledge." These qualities, along with his passion for teaching and learning, he retained throughout his life. Above all, though, Frank was kindhearted, congenial, and generous. His friendship and love of family will be remembered and cherished by many.

Memorial contributions may be forwarded to the Cleveland Philharmonic Orchestra, P.O. Box 16251, Cleveland, OH 44116. Mass of Christian Burial will be held at St. Raphael Church, 525 Dover Center Road, Bay Village on Thursday, June 9, 2022 at 11:30am with visitation at the church one hour prior to the service. (440) 333-9774 www.buschcares.com

To order memorial trees or send flowers to the family in memory of Frank Avallone, please visit our flower store.