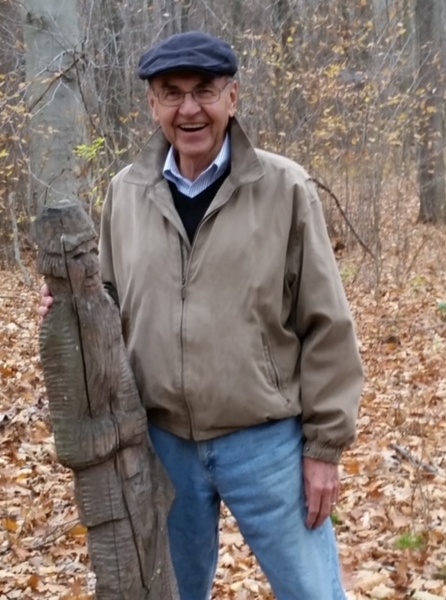 FOREST FIELDON BALES - Forest Fieldon "Joe" Bales, 88 passed away peacefully on March 21, 2022, at Maplewood at Chardon Senior Living, in Chardon, Ohio. He was born October 7, 1933, in Frankfort, Kentucky, the son of Curtis M. Bales and Bertha Ellen Tharp Bales. His older brother, John, named him "Joe" because John refused to call him Forest.

Growing up, he and his brother lived in Covington, Kentucky. Joe graduated in 1951 from Holmes High School where he excelled in basketball and track & field. Following graduation, he enrolled in Bowling Green State University and joined the Army ROTC program. Upon graduation in 1955, he entered the U.S. Army and was stationed initially at the Army Artillery School, Fort Sill, Oklahoma. Following the completion of artillery school, Joe was transferred overseas to USAEUR, Schwäbisch Gmünd, Germany. Joe served as a 1Lt. in the 1st FA Battalion (Rkt/How), 28th Artillery Regiment from 1956 to 1957. His primary role was leading an Honest John tactical nuclear-capable mobile rocket battery.

Following his military service, Joe returned to the United States, settled with Sally in Upper Arlington, Ohio and pursued his interest in business with several successful companies. In 1968 the family moved to Bay Village, Ohio, spending many years with RJF International in Akron, Ohio. Joe served as a Deacon and a member of Session at Bay Presbyterian Church for many years. After Joe retired, he and Sally moved to Avon, Ohio. Joe was a member of Session at Avon Lake Presbyterian Church. As part of his life-long commitment to serving others, Joe and Sally volunteered countless hours delivering meals to those in need through the Meals-on Wheels program. Joe also served as an Associate at Busch Funeral Home in Avon and Avon Lake for several years after his retirement. He was happy and proud to serve other families in their times of need.

Joe enjoyed many hobbies, including tennis, softball, and men's volleyball. But his real joy was playing golf. Joe joined a golf league at Hillard Lakes Golf Club in Westlake shortly in 1969 that stayed together for over 40 years. Joe and Sally spent several weeks each year visiting Greg & Molly in Florida, playing golf, sitting around the pool, and relaxing in the Florida sunshine.

In leiu of flowers, memorial contributions may be forwarded to the Alzhermier’s Association 37309 Harvest Dr, Avon, OH 44011 or at https://act.alz.org/

The family will hold a celebration of Joe's life later this year. www.buschcares.com 440.933.3202

To order memorial trees or send flowers to the family in memory of Forest Fieldon Bales, please visit our flower store.