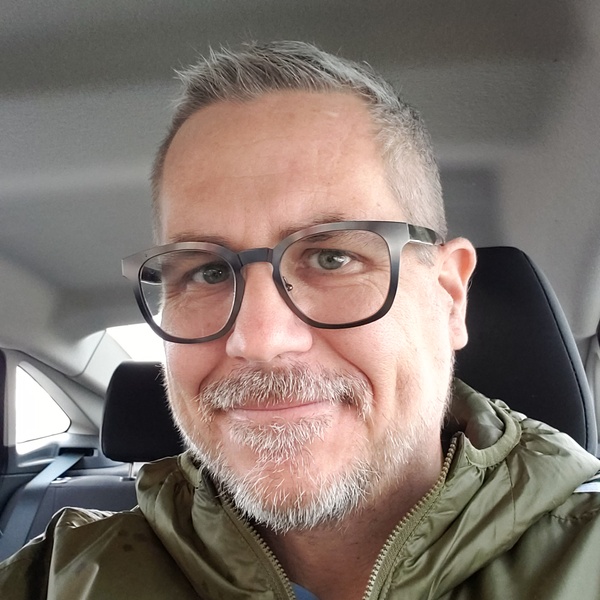 Born and raised in Wisconsin, Deron quickly became an avid Green Bay Packers fan. His love for sports extended to all his beloved Milwaukee teams. He continued to expand his horizons and most recently added the Brentford Bee's and Minneapolis Loon's soccer clubs to the list of teams he supported. Deron's family later moved to Fremont, Ohio where he graduated from Fremont Ross High School. He went on to Bowling Green University to pursue his education degree. Deron began working as an Elementary art teacher in the Cleveland Metro School District. He continued his career in Cleveland for 27 years, with most of them as the high school Graphic Design teacher. His patience, sense of humor and dry wit endeared him to his students, and he enjoyed great relationships with them.

Deron was a prolific painter, focusing on pop art. In his own words, "My paintings, through their combinations of seemingly unrelated parts, are my homage to art history and popular culture." To remind you of his work, please click here.

Deron had a kind heart and an open mind, he saw the world through a different lens and was thoughtful, laid back, and attempted to consider other's points of view. He also encouraged his family and friends to do the same and would often use analogies to help expand the view of the world also. His family was his greatest love, he took care of them always even during his own difficult journey.

Deron's family would like to thank all his friends and family that have supported them during this last year, especially Cathy and Grace Kelly, Dawna Finley, Monica Rusnov, Susan Smalley, Ashley Granitto, Kavita Nanda, Lily and Amy Panehal, and the staff at Ames Hospice House, Hospice of the Western Reserve.

Click here to view a livestream of Deron's Memorial Service and Burial and share your selfies with Deron's cardboard cut-out.

To order memorial trees or send flowers to the family in memory of Deron Leutenegger, please visit our flower store.

Send a Sympathy Card
In memory of Deron Leutenegger, please consider making a donation to one of the following charities: