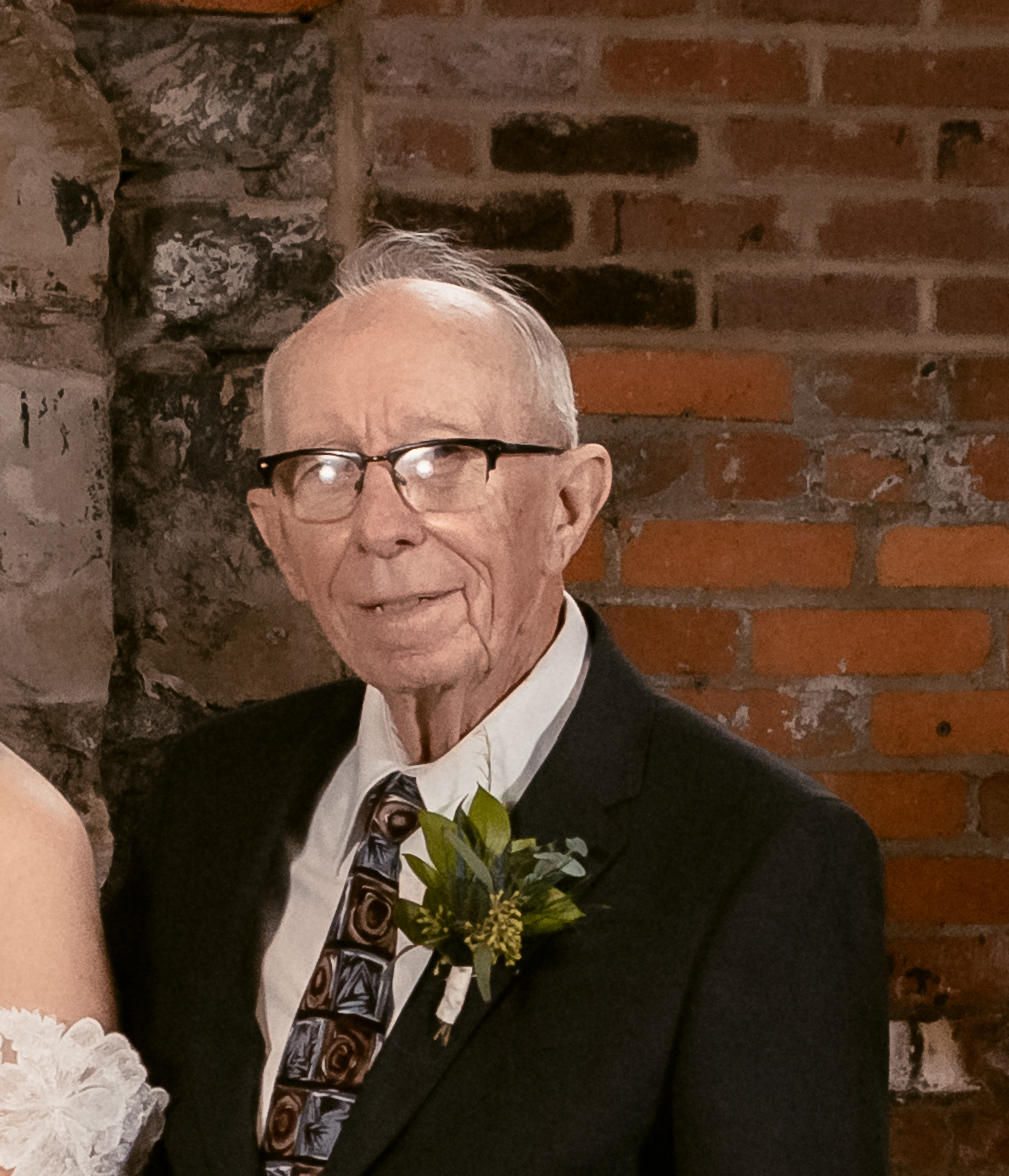 Dale received his bachelor's degree from Baldwin-Wallace College in 1953 and spent the next two years serving in the US Army in Europe. He returned home in September of 1955 and married Shirley Plant in November that same year. They were married for 55 happy and adventure-filled years until Shirley's passing in 2010.

In 1955 Dale and a few other friends established a social group that they called the H-H Club. The group grew over time with the addition of more friends, spouses, and children and they stayed close through the next 65 years. Dale was the last original surviving member and now joins his friends where they are certainly holding a space for him in a game of Slick.

Dale spent his entire career at American Greetings Corporation, progressing from management trainee to Senior VP of International Operations, the position from which he retired in the 1990's. He was a lifelong Cleveland sports fan, watching as many Browns, Indians, and Cavaliers games as possible.

Dale and Shirley enjoyed hosting friends and family at their home in Roaming Shores, the site of lots of parties and celebrations over the course of many years. Dale especially enjoyed taking his guests on tours of the lake via boat and of the neighborhood in one of his collection of antique and vintage cars including a 1955 Chevy which he was still driving as of 2021. He also enjoyed creating gifts made of wood to commemorate the special occasions of life for friends and family which are treasured by all who received them. For the past 30 years Dale has been a snowbird, most recently as a winter resident of Estero, Florida where he continued to host visiting friends and family and where he made some wonderful new friends as well.

Dale's quick wit and dry humor will be missed by all, especially his children Nancy Sweeney (Michael), Craig (Sharon Knecht), and Mark; grandchildren Sean Sweeney (Kara) and Alison Lawler (KJ); his first great grandchild due in February of 2023; and the many friends and co-workers he has told to "take a Hike" over the years.

To order memorial trees or send flowers to the family in memory of Dale Beinker, please visit our flower store.