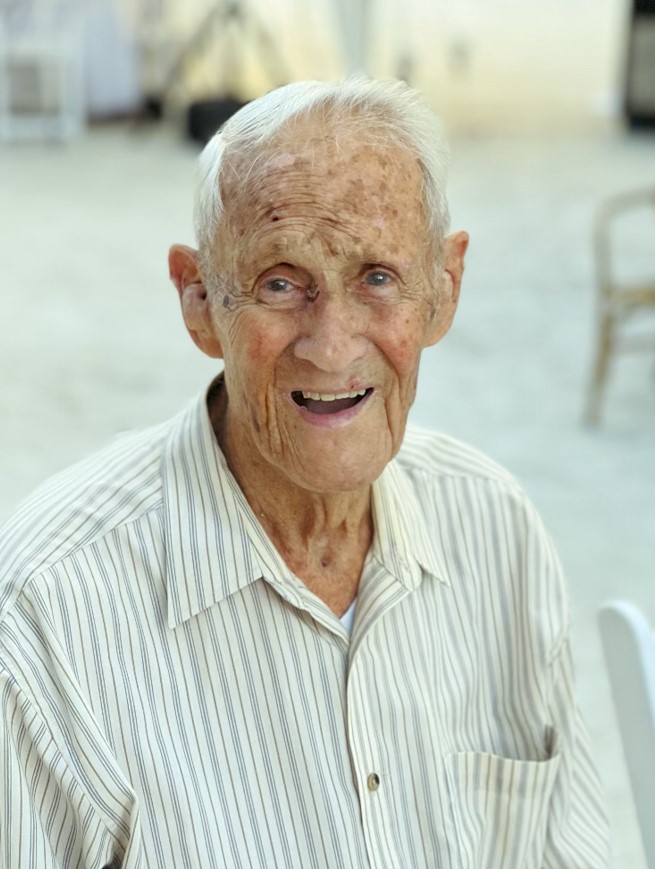 Clarence grew up in Sheffield Lake and attended Brookside High School. He joined the US Army and proudly served his country in Germany during WW2. Upon returning home, Clarence met Alice Glaser in the summer of 1947. They were married three years later, to the day, on June 10, 1950 and settled briefly in Lorain, Ohio. Clarence began his career with Cleveland Electric Illuminating Co. and moved his family to Avon Lake where he and Alice raised their four daughters.

Working his way up to supervision, Clarence retired from CEI in 1987 after 37 years. After retirement, he filled his time with many hours volunteering at St. John Westshore Hospital, as a Red Coat at Playhouse Square, at Continental Airlines, and the Science Center. He was also very active at his church assisting as an usher and Eucharistic Minister. Clarence also enjoyed spending time outside, camping with his family, boating, fishing, and just being near the water. But above all, Clarence dedicated his life to his faith and his family. There wasn't anyone who met Clarence that wasn't drawn to his kind and giving nature.

To order memorial trees or send flowers to the family in memory of Clarence Coder, please visit our flower store.