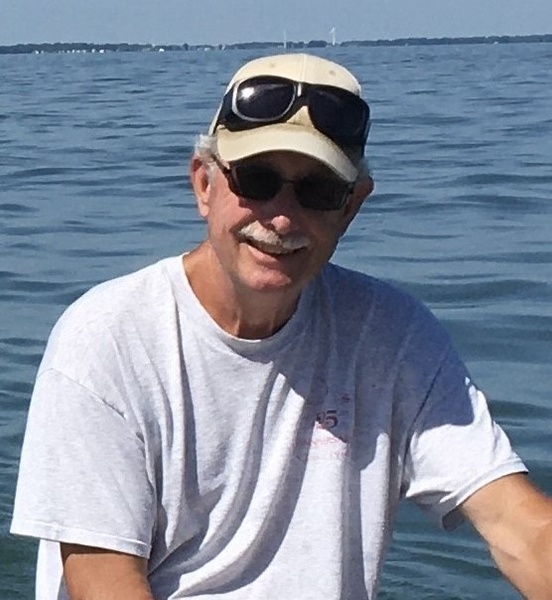 Charles L. Wirth slithered into the world on October 9, 1951, at the Elyria Memorial Hospital. He was the first-born son of John and Virginia (nee Lewis) Wirth. Charles fought a heroic battle for 8 ½ years until pancreatic cancer took its toll. He was at his and Chris' home at the time of his passing. He passed through to the next Space Continuum on Thursday, July 14, 2022.

Charlie graduated from Elyria High School in the class of 1969. "Nothing could be finer that to be a 69er". He enthusiastically served on the class reunion committee for five reunions and was also nominated to and worked on the Independent Citizens Committee that helped to the get the new Elyria High School built.

Following high school, he served seven years in the United Stated Navy. He was a Vietnam veteran and served one tour of duty. Charles served with the Navel Aviation Squadron VF103 as you can tell by the license plate on his pride and joy 2003 Ford Explorer Sport Trac. He continued his service as a life member of VFW Post 1079 in Elyria.

In his younger years, Charlie enjoyed fishing and backcountry camping at Camp Gutelius on Dog Lake in Ontario, Canada. He was a proud member of the Boys Scouts of America and achieved the rank of Eagle Scout. He loved fishing on Lake Erie, walking in the Metro Parks and skiing anywhere he could find a challenging slope.

Charlie was a member of the Amvets Post 32, the Elyria Polish Club (they will definitely miss his wallet), the Elks Lodge 465, VFW Post 1079 and the Elyria Manor Hunt Club.

Charles was preceded in death by his parents John and Virginia (nee Lewis) Wirth.

Charlie wanted to give a special thanks to his back pocket nurses Heather and Nancy.

Memorial contributions can be made to the Lorain County Metro Parks, 12882 Diagonal Rd., Lagrange, OH 44050 or the Elyria Manor Hunt Club.

Plans for Last Beer on Charlie Celebration will be announced at a later date.

Arrangements have been entrusted by Busch Funeral and Crematory Services.

To order memorial trees or send flowers to the family in memory of Charles Wirth, please visit our flower store.