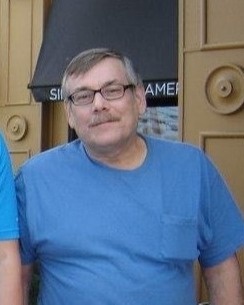 Charlie graduated from Westerville High school and was a proud veteran of the United States Army, serving over ten years as an Aircraft Armament Technical Inspector both stateside and overseas. He worked for over 30 years at Ford Motor company, first at Ohio Assembly in Avon Lake and most recently at Cleveland Engine Plant. Charlie lived in Sheffield Lake, Ohio for several years where he raised his boys. He was a Cleveland Browns and Ohio State University football fan and was a season ticket holder for the Browns for many years upon their return to Cleveland.

Charlie was a car fanatic and was known as someone who could fix anything. He was always helping his sons fix things, even helping Will to build a Mustang. He was always laughing and would often speak his mind whether you asked or not. Charlie loved taking pictures, watching movies, playing video games, woodworking, and making his own sweet tea. He especially loved his grandchildren.

To order memorial trees or send flowers to the family in memory of Charles Reed, please visit our flower store.