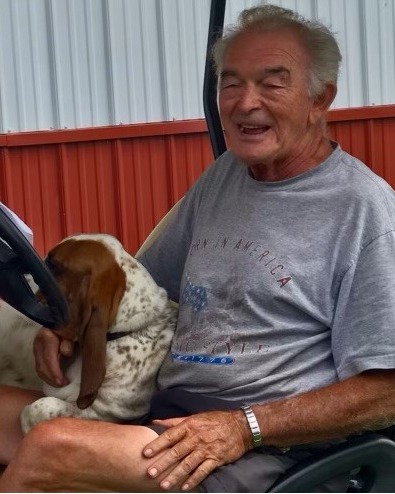 On June 28 1940, Charles was the first born son of Charles Thomas and Elizabeth Sarah in Denbo Heights, Pennsylvania. While growing up in the rolling hills of Little Mexico in southwest Pennsylvania, he pursued his passion of the outdoors by hunting and fishing with family and friends.  As he grew older, it became apparent that he was a naturally gifted athlete.  Charles attended Beth Center High School and he excelled at both basketball and football.  He was the quarterback of the football team and he reminisced about having one of the longest runs in school history. After graduating in 1958, he attempted to earn a scholarship at Memphis State University as a walk on football player but he was "redshirted" and had to return home after only one semester.

When he returned home, he met the love of his life, Mary Jane Newbrough. The two were married on February 10 1962 and they began married life in North Royalton, Ohio.  They were blessed with 59 years of marriage and had one son Charles L.

During his life, his passion for the outdoors and athletics continued to grow. He was always archery shooting at different clubs and venues in the area and because of this he became a gifted archer. Hunting was also a passion, and he spent many hunting seasons at the family camp in Potter County.  He played competitively for numerous softball teams into his late forties and won several batting titles, and was elected MVP several times.

When Charles retired, he and his wife, Jane, spent their time between North Royalton, Ohio and Hobe Sound, Florida.  In 2014, they moved to Hobe Sound full time.  During his time in Florida, his passion for the game of golf developed. He was an accomplished golfer and played 9 holes of golf with a 3 under par on the last morning of his life.

Charles is survived by son, Charles L. and daughter-in-law Martha; grandson, Travis; sister, Sandy and her husband Dave; sisters-in-law, Gail and Jenny; and numerous nieces and nephews. Charles always spoke highly about all of his family and they were the highlight of his life.

Charles was preceded in death by his wife, Jane, and brothers, Frank and Robert.

During his successful life, Charles refused to accept setbacks. He never told anyone "no", and he would never accept "no, you can't do that..." even to his dying day, August 29, 2022.

In lieu of flowers, you may have a tree planted in his memory through the funeral home website or make a contribution to the charity of you choice in Chuck's name.

To order memorial trees or send flowers to the family in memory of Charles F. Henck, please visit our flower store.
Send a Sympathy Card