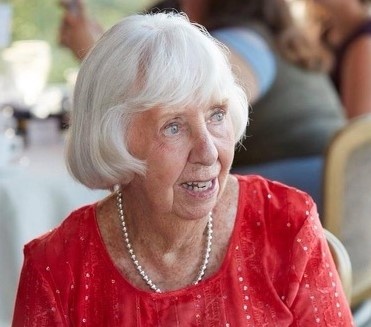 Carol A. Novotny, 92, of Avon Lake, Ohio passed away Sunday, September 25, 2022 following a brief illness. She was born December 15, 1929 in Cleveland, Ohio to parents Walter and Eldora (nee Priest) Bleser.

Carol spent her early life in Lakewood but moved with her family to Avon Lake as a teenager. She graduated from Avon Lake High School in 1947 and has been a resident the remainder of her life. Carol was active and social, with many friends and met her husband Wilbur (Wib) Novotny at a St. Joseph Parish gathering in the early 1950's. They enjoyed a long and loving marriage until he passed away in 1982.

Carol attended college at Hillsdale College, where she was a member of the Chi Omega sorority. She was later a member of the Gamma Rho sorority in Avon Lake. Carol worked as a bookkeeper and retired as the financial officer from Novotny Catering in Avon Lake. She kept herself busy raising her three sons, playing bridge every Friday, and enjoying social gatherings with her friends.

To order memorial trees or send flowers to the family in memory of Carol Novotny, please visit our flower store.