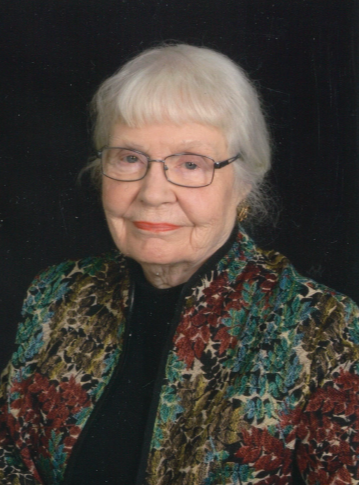 Beverly Jane Humphries Johnson was called home to the Lord on November 25, 2022.

Beverly was born on October 22, 1935 in Columbus, Ohio to Harry and Betty Humphries. From a young age, Beverly dedicated her life to helping others, maintaining several Victory Gardens throughout her early childhood in the Cleveland and Pittsburgh areas. Beverly’s family eventually moved to Scarsdale, New York, and she graduated from Eastchester High School in 1953. Beverly then enrolled at Syracuse University where she was a member of the Syracuse University Hendricks Chapel Choir and earned a Bachelor of Science degree in Nursing in 1958. It was at Syracuse where Beverly met her husband of 63 years, Stan, and they were married in Hendricks Chapel on December 27, 1958.

Following their marriage, Beverly practiced as a Registered Nurse in four different states as she followed Stan (as best she could) during his active-duty Army service. Beverly and Stan eventually settled in New York, where they had their two sons, William “Bill” and Philip “Phil”. Beverly and Stan later moved to Iowa. They lived in several Iowa communities, finally settling in Muscatine, Iowa, where they lived for 32 years. In 2015, they relocated to Avon Lake, Ohio to be closer to family.

Beverly centered her life around her faith, church, and family. Beverly was a devoted follower of Christ and faithfully attended church all her life. She was an avid participant in Bible studies, church choirs, and both a member and leader of altar groups. Beverly took to heart the call to be Christ’s light in the world through her service to others. In addition to her work as a nurse, Beverly contributed for 40 years as an original member and participant in the Harvard University Nurses’ Health Study, one of the largest and longest running studies of women’s health. Beverly served in a variety of other volunteer roles, including president of the Muscatine Branch of the American Association of University Women, president of the Muscatine Bethesda Care Center Auxiliary, and as a fundraising leader for the Muscatine YMCA building project. For 26 years, Beverly served as a volunteer and tour guide at the Muscatine Arts Center, where she shared her knowledge and enthusiasm with patrons and visitors.

Beverly built a strong group of friends within her church community. An avid reader—often reading two or three books simultaneously—Beverly enjoyed sharing what she learned with her friends at church and in her bridge group.

Beverly’s dedication to family was always evident. From raising her own children to doting on her grandchildren, Beverly cared for her family through times both difficult and joyful. Perhaps her favorite role was as chief planner for the family’s bi-annual vacations, where she led the extended family to adventures throughout “this great land of ours.” These trips are among the most cherished memories of those family members she leaves behind. Above all, Beverly leaves behind a legacy of love and care that lives on in the hearts of the family and friends who had the privilege to know her.

A memorial service will be held at Bethesda on the Bay Lutheran Church, 28607 Wolf Rd., Bay Village, OH 44140, at 1:30pm on Saturday, December 3rd, 2022. Internment will take place at Oakwood Cemetery, Syracuse, NY, at the convenience of the family.

Memorial contributions may be made to Bethesda on the Bay Lutheran Church and designated for use in support of ministry programs addressing youth and child hunger.

To order memorial trees or send flowers to the family in memory of Beverly Johnson, please visit our flower store.