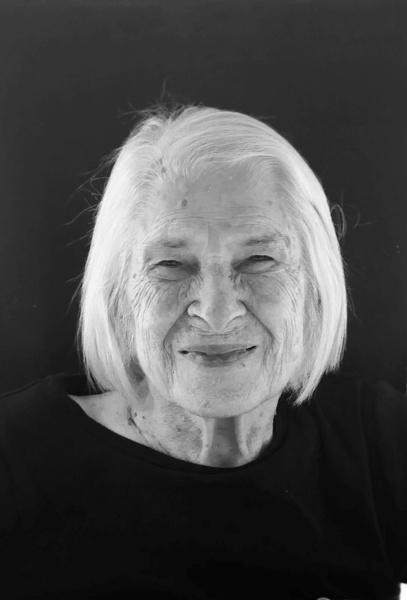 Angele Sfeir MD, longtime resident of Lorain, Ohio, passed away Tuesday, May 17, 2022 after a long and wonderful life. She was born in Safita, Syria on April 1, 1930 to parents Zaki and Badia (Bitar) Khoury, who preceded her in death. Angele met her husband Sami Sfeir (dec. 2003) as a medical classmate in Beirut, Lebanon and they married in 1954. She and Sami moved from war-torn Jerusalem in 1961 with two small children, looking to raise their family and further their careers, first in Oklahoma City, Oklahoma then one year later moving to northern Ohio. They settled in Ohio and had three more children. Angele always put her family first and she sacrificed her medical career to refocus her energies on motherhood. It is a testament to her efforts that her five children successfully pursued careers in healthcare.

Angele was a wonderfully devoted friend and "cousin" to many. She was a raconteur with great comedic delivery, her retelling of stories never failing to entertain. She spoke three languages, Arabic, French, and English, impeccably. Over the years Angele enjoyed traveling with her husband to many continents. She was an avid bridge player and enjoyed attending informative lectures in downtown Cleveland with her girlfriends as part of the Colony Club. She had great fun following the Cleveland professional sports teams and was worthy of commentary on the Indians, Cavs, and Browns, and she always claimed Roger Federer as her fourth son. Her mischievous nature relished occasional gambling forays to casinos east and west. She took pride in doting on her family, especially at the Outer Banks of North Carolina, a yearly ritual that brought her brood together spanning over 25 years. All of them will miss her dearly.

She is survived by her beloved children: a daughter, Hala (Chuck) Scaravelli, a pharmacist, of Bay Village, OH; a son Ramsey (Sanders) an anesthesiologist, of Winchester, VA; a son Camille Robert (Karine), a dentist in Lorain, OH; a daughter Tanya (Brad) Knight, a pharmacist, of Evanston, IL; and a son, David Mark (Liz), an anesthesiologist, of Westlake, OH.; cherished grandmother "Teta" of 15 and great-grandmother "super-Teta" of three.

To order memorial trees or send flowers to the family in memory of Angele K Sfeir, please visit our flower store.