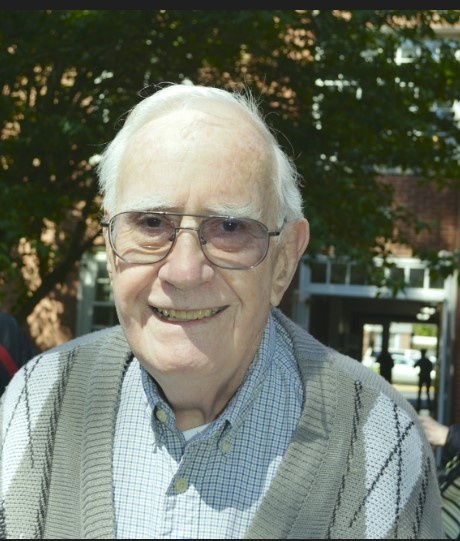 Andrew Jackson Bilhardt , 92, of Avon Lake, Ohio passed away Thursday, June 16, 2022. He was born May 16, 1930 to parents Andrew and Ethel (nee Fleener) Bilhardt. As a Fleener descendant, he was especially proud of his connection to Michael Hillegas, first treasurer of the United States.

Andy "Dutch" Bilhardt was born in Silverton (Cincinnati) and spent most of his youth living in Warren County, Ohio graduating from Springboro High School in 1948. He began work after graduation at Frigidaire before joining the US Air Force in January 1950. Andrew trained as an aircraft engine mechanic and served with Special Air Missions (Sam Fox) stationed at National Airport where he earned a Good Conduct medal for his service. His duties centered around maintenance of presidential aircraft; the Constellation series or "Connies". He enjoyed visiting these aircraft, now located in the Presidential Gallery of the Museum of the United States Air Force in Dayton, Ohio. He had many, many stories about these aircraft and his time from airman to staff sergeant.

After his honorable discharge in 1954, Andy married Nancy Hughes, at First Methodist Church in Middletown, Ohio. Andy enrolled in the master's program in Aeronautical Engineering at Ohio State University but transferred to UC after taking a job as an Engineering Assistant at General Electric. He received his Bachelor of Engineering (Mechanical) from the University of Cincinnati. Andy continued to work at GE for the next 30 + years. He was a design engineer in Evendale (air turbines), in Schenectady, NY (ground turbines) and finally in military contract negotiations in Mason, Ohio. After retirement, he and Nancy founded River Country Hearthstone building square log homes in and around Brown County, Ohio.

Andy was the 'resident' mechanic and construction guru. He kept the family automobiles in excellent working order, including those belonging to his two daughters. He undertook major home renovation projects including tearing down two barns (with Nancy) to build a large extension to their home in Springdale, Ohio. He renovated their home in Quaker Street, New York including installing an in-ground pool though he refused to add a pool heater (brrrrr). Andy did much of the building and finish work in their home at Lake Waynoka, including electrical, interior finishes and laying wide plank hickory flooring throughout the house.

Andrew enjoyed being busy, he was active in each community the family settled and he and Nancy had an active social life. He was a past master and member of Masonic Lodge #1174 in Schenectady, NY, a founding member of the Sewer and Water Board in Lake Waynoka, active member of the VFW, and a member of Russellville and Bay United Methodist Churches.

For over 20 years, Andy and Nancy were the social butterflies of Lake Waynoka hosting many boat parties, social gatherings and family reunions for neighbors, friends and family. He also enjoyed playing cards in the homes of friends and with family at their home (aka "The Lake") and being quite savvy he could remember cards already played which made him a fierce competitor. Dancing and big band music were a constant in Andy's life from early childhood. Andy and Nancy danced for many years at the Middletown Sportsmen's Club, New Year's Eve parties, GE social events and in their later years on outings with friends. They travelled extensively often by RV, camping and enjoying state and national parks including two cross county adventures. In their later years they could be found enjoying the beaches of South Carolina, cruise vacations with friends or spending winters in Matlacha, Florida.

To order memorial trees or send flowers to the family in memory of Andrew Bilhardt, please visit our flower store.